If you haven’t seen the movie, The Secret Life of Walter Mitty, I highly recommend you do.  Right from the beginning there is something magical about the film and Ben Stiller is at his best.  What I liked so much about the movie other than the stunning nature shots was the opportunity the film presented to see the mundane as beautiful.  But even more than this, as a cultivator of good enough-ness, I reveled in the personal journey of Walter Mitty.  Time and again he is placed in situations where he can stay the same or take that leap of faith into the unknown, into the new.  Of course, he refuses to listen to the Call to Action until he is forced to.

Sound familiar?  Perhaps refusing the Call is part of the process to finding willingness.  Perhaps refusing the Call for as long as possible builds the necessary tools in each of us so that when we do answer, we answer with all that we are.  Most often, we don’t answer because we are afraid, or we have responsibilities that will be hugely affected by our choices, or….  Free will.  We don’t have to answer the Call at all.

Walter let’s the proverbial phone ring for a long, long time.  It is only when the stakes become so high that he can’t ignore the Call to Action anymore that he finally takes the leap.  But as he jumps—literally and spiritually—we find out that really, this man has been willing his whole life, he just got caught up in the boundaries he created for himself and forgot that he was open and willing and fully capable of meeting Life.  Once Walter steps outside these boundaries, we see glimpses of who Walter Mitty could have been had life not stepped in, had he not made the choices he had.  The beauty of Walter’s journey is that like Dorothy and her ruby red slippers, Walter Mitty has had the power within him to go home—to be that person he was always meant to be—all along.  It’s not too late.  It’s never too late.  It is with this realization and his willingness to go and do, that gives Walter the power to become the kind of man he has only ever dreamed of.

I think sometimes a big part of the problem is us.  We don’t allow ourselves to believe that we have the time to change, to do all the things we’ve always wanted to do, to be the kind of person we’ve always wanted to be.  It is because of this thinking, because of this doubt and fear, that we don’t answer Life’s Call to Action.  The Call is the door to finding our Self, to living in the potential and then the possible and then the actualization of who and what and how we can be.

In my mind the only time it’s too late to change is when you decide not to, and even then you can change your mind.  Walter Mitty was not in his twenties or even thirties when he grew into himself.  Louise Hay didn’t start Hay House Publishing until she was sixty.  Diana Nyad swam from one continent to another when she was sixty-four….  Our dreams are only as stagnant as we are.  If you want something, if you have a passion to be different, to learn a new language, to solve world hunger, to read to your grandchild, then just do it.  All the excuses in the world, and fear is the biggest one of all, might be there just to see how much you really, really want it.

Life will never give up on you, so don’t give up on yourself.  Where there is a will, there is a way.  In cultivating good enough-ness in your life, in treating yourself the way you would treat your most cherished loved one, the will to do anything becomes not only possible, but very doable.

Let The Secret Life of Walter Mitty, Louise Hay, and Diana Nyad, or your beautiful 93 year old grandmother be the inspiration to act on your dreams.  Take the leap.  You are so worth it.  And really, what’s the worst that can happen?  Maybe the worst thing will, in the end, be the best gift ever.  You won’t know until you do.

In the last blog I wrote about my zip lining over the Cloud Forest in Mindo, Ecuador.  For me, that was a leap, an answering of Life’s Call to step outside old boundaries I had created for myself.  If I can do it, you can too.  So let’s jump together.  Ready?

So my Beautiful You friends,

Who are some people that inspire you?  Why do they fill you with hope, with the idea that possibilities can become realities?  How can you take this hope and build on it for yourself?  Walter Mitty’s adventures are pretty adventurous, but who’s to say journaling your truth in your own home isn’t just as adventurous?  Play with possibilities, tickle out old dreams and just be with them for a bit.  See how they fit.  You might have out grown them and so they no longer suit you.  What’s a new dream, a new hope, a new shift in perception or direction you would like to cultivate in your life?

Remember, you are safe.  You are allowed to be introspective, to ponder, to conjugate, to take the time you need to see if you are ready to answer Life’s Call, whatever that Call may be.  All I ask, on your higher self’s behalf, is that you give yourself the opportunity to look within and figure out why you are not answering the phone. 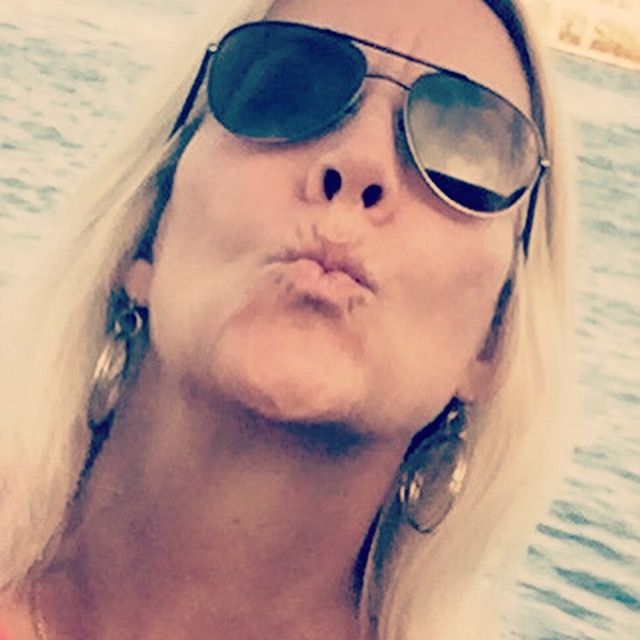 Hi there, I'm Shannon Horn. Come Dream A Bigger Dream with me, one where we move from feeling not enough to MORE than enough, from taking care solely of others to taking SOULCare of ourselves, from dimming our own light in fear of outshining those we love to knowing our LIGHT in fact, shines the way, a brilliant spark in the dark.Hugs! Shannon

Want More Joy in Your Life?

You have Successfully Subscribed!